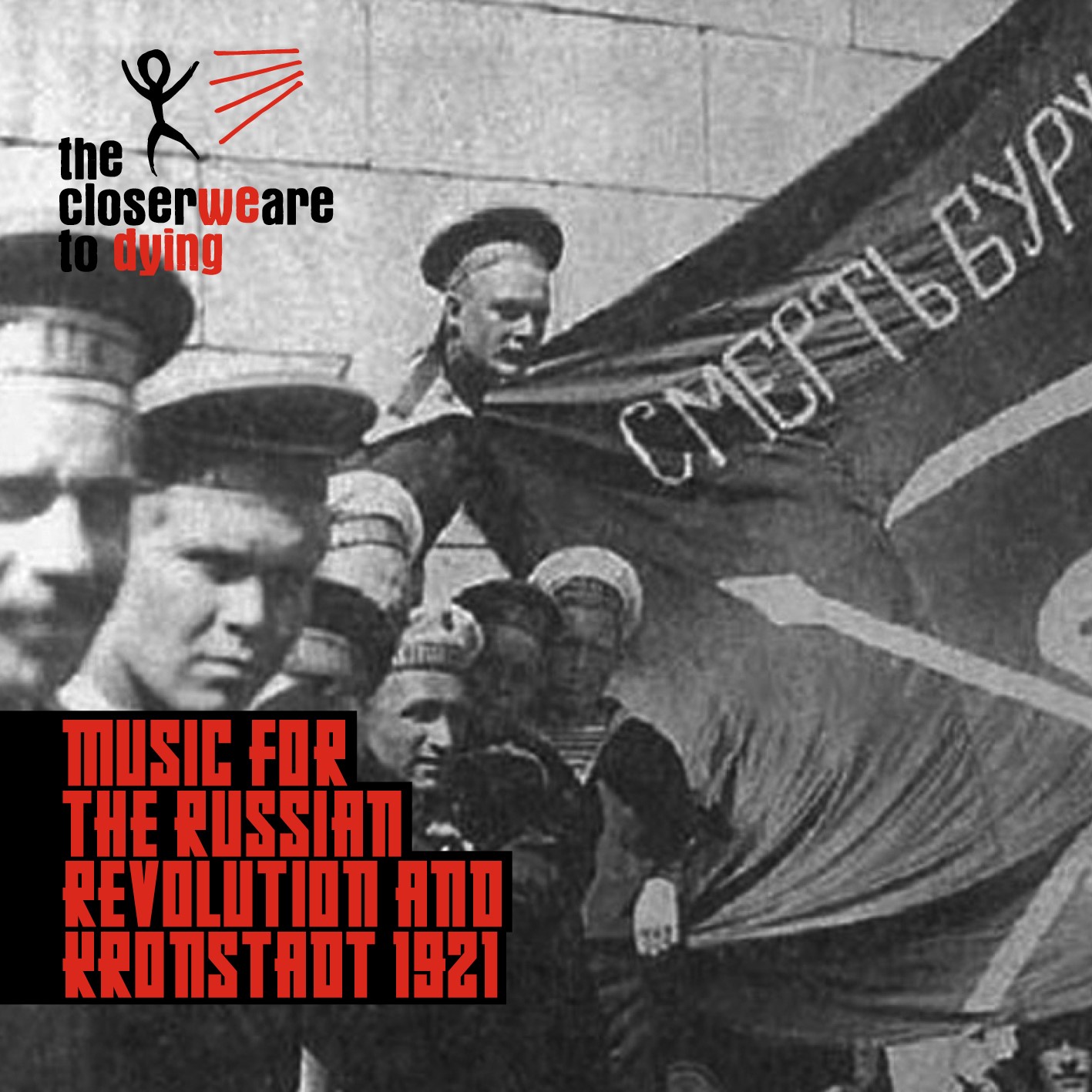 Music for the Russian Revolution and Kronstadt 1921

With great orators Vladimir Lenin and Leon Trotsky, and the backing of Kronstadt sailors, the Bolshevik Party seized power in the October Russian Revolution of 1917. The Bolsheviks stormed the Winter Palace and arrested the Provisional Government. Lenin now proclaimed a new government of Russia, by the Soviets.

“All Power to the Soviets!”

While still at war with Germany, the Russian Revolution was immediately followed by a bloody civil war; and by 1921 even the most loyal supporters were questioning the sincerity of the Bolsheviks claims and their unpopular polices of War Communism.

On March 1, 1921, during a conference of sailor, soldier, and worker organization delegates of Kronstadt adopted a fifteen-point program of political and economic demands – a program in open defiance of the Bolshevik Party’s control of the Soviet state.

It included a newly elected soviet council to include socialist and anarchist groups, economic freedom for peasants and workers, dissolution of the bureaucratic governmental organs created during the civil war, and the restoration of civil rights for the working class.

On March 4th, the Petrograd Defence Committee presented an ultimatum to Kronstadt.  On March 7th, Red Army soldiers were deployed to stamp out the threat in what turned out to be a massacre. At 6pm, the Red Army assault on Kronstadt began.

The Kronstadt resistance continued until the morning of March 18th.  Of those not killed in the bloody massacre, some escaped across the frozen sea to Finland.  Others were sent to prison camps.

The Kronstadt Uprising of 1921 can be seen as the definitive end to the original intentions of the Russian Revolution, with its initial intentions and goal – all power to the soviets! While the Kronstadt Massacre that followed seen as a glimpse of the future of Russian Communism as all power to the state and totalitarianism; and with the death of Lenin following shortly thereafter in 1922, the beginning of a new era in Russian history with Josef Stalin.

Music for the Russian Revolution and Kronstadt 1921

Concrète News, Concrète Releases, the closer we are to dying